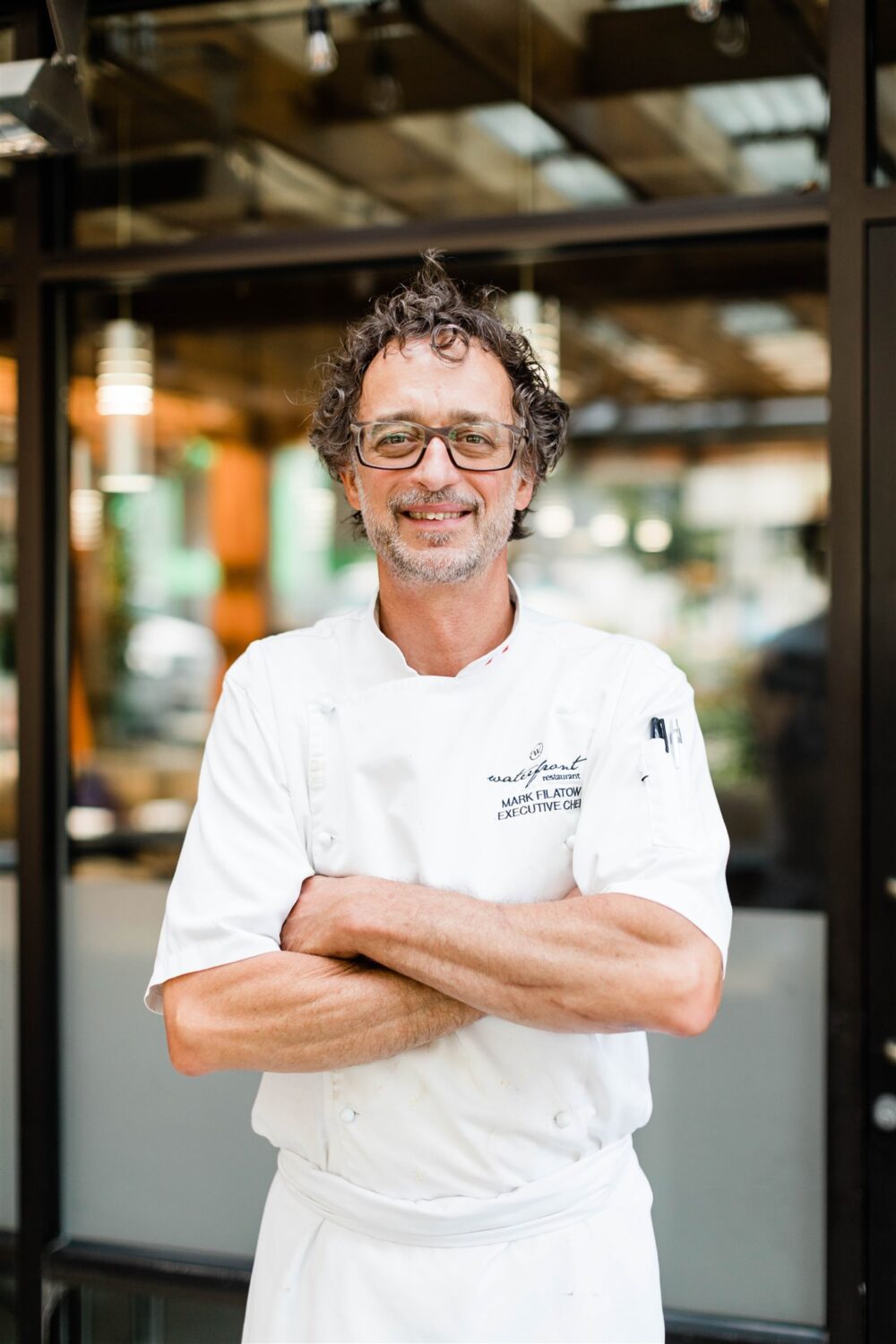 With over twenty years of experience, Mark Filatow represents the pinnacle of culinary excellence and is the driving force behind Waterfront Restaurant and Wine Bar. After being accepted into the coveted Sommelier Guild in 2001, he also gained the distinctoin of being one of the only chefs in Canada with this level of skill in food and wine pairing. With countless awards and continual stream of industry accolades from Vancouver Magazine, The Calgary Herald, San Francisco Chronicle, Eat Magazine and more, Mark still manages to keep his feet on the ground… and in the kitchen as Executive Chef/Sommelier of Waterfront Restaurant & Wine Bar.

Culinary Mentors: Joel Robuchon, Ben Shewry, the people around me.

Go-To Post-Service Drink: Hmmmm, a palate cleansing IPA either at the Bar at Work, BNA, Vice and Virtue or at Home….

On a day off, you’ll find me: On a Bike, On Skis, with the Fam or standing in front of a Webber drinking a beer. 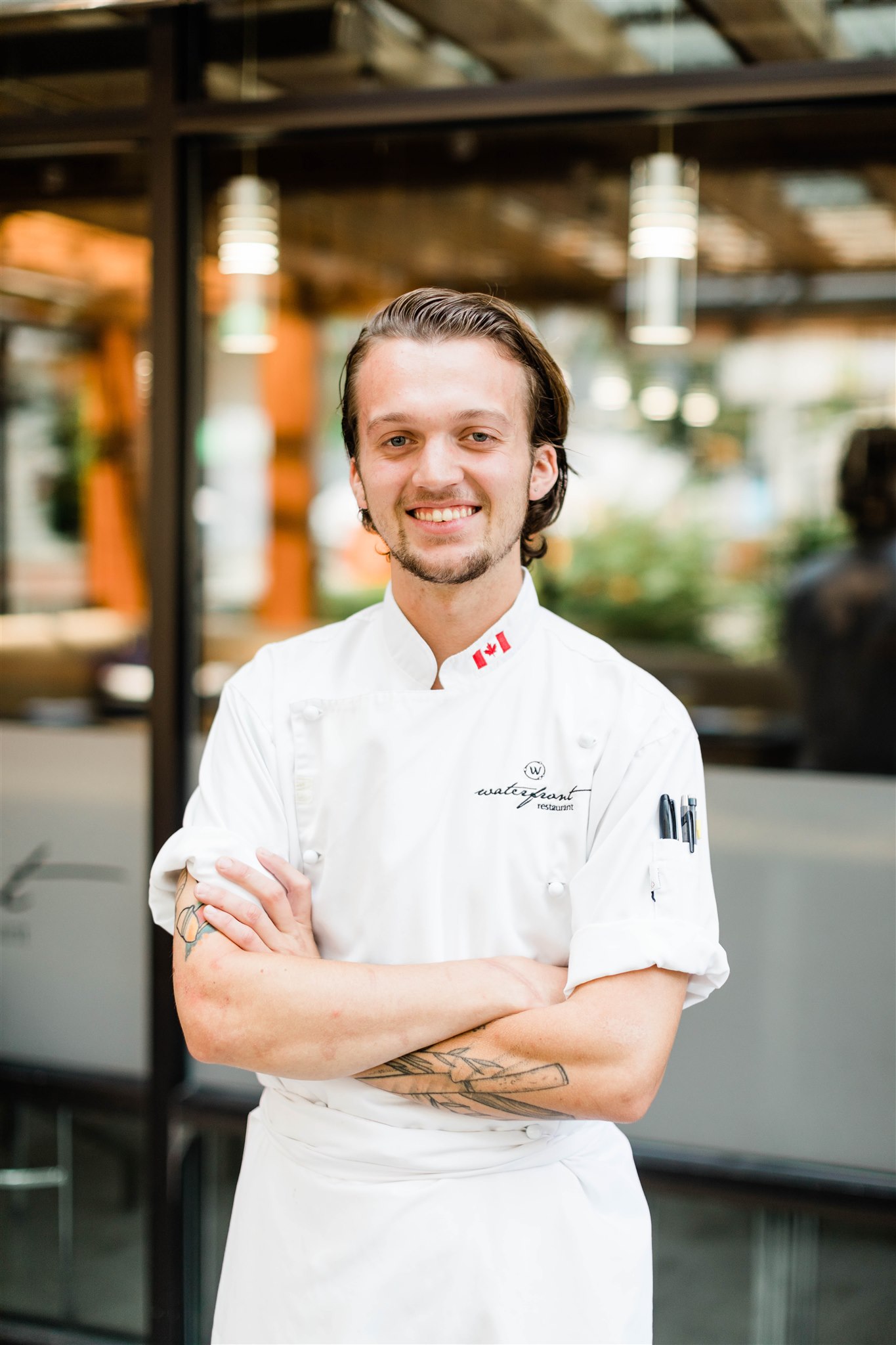 Culinary Mentors: Francois DeJoung- opened my eyes to how you should think about cooking. “Taste and reflect, always.”

Mark Filatow- constantly teaches me a better way to do things and holds everyone to a higher standard. Worth moving to another province just to work for him.
James McKenzie: His hard work and dedication is something that I have always looked up to. He is a great mentor, friend, and person to bounce ideas off of.
Favourite Ingredient: Black Pepper. Toasted and ground by hand, always. Steep it into your ice cream – you’re welcome in advance.
Post Service Drink: Vice and Virtue White Lie Pilsner, crispiest brew around.
Day Off You’ll Find Me: Probably at Sprout having a coffee and some toast or expanding my culinary horizons cooking at home by trying new dishes. 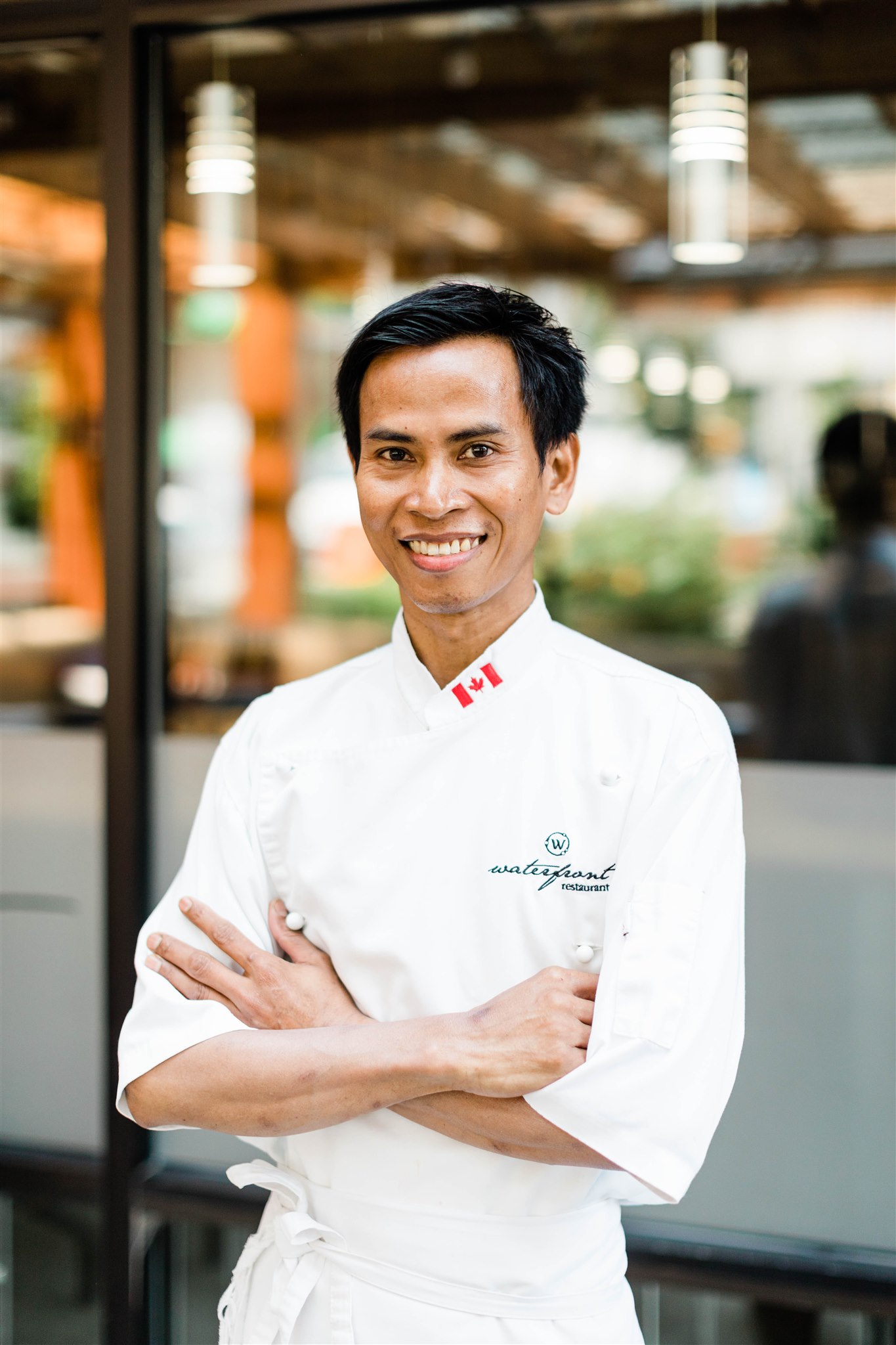 What’s on Your Kitchen Prep Playlist: Not Josh’s Playlist ; ) and  Michael Jackson

On a day off, you’ll find me: Cooking Thai Food, Practicing Vegetable and Fruit Carving 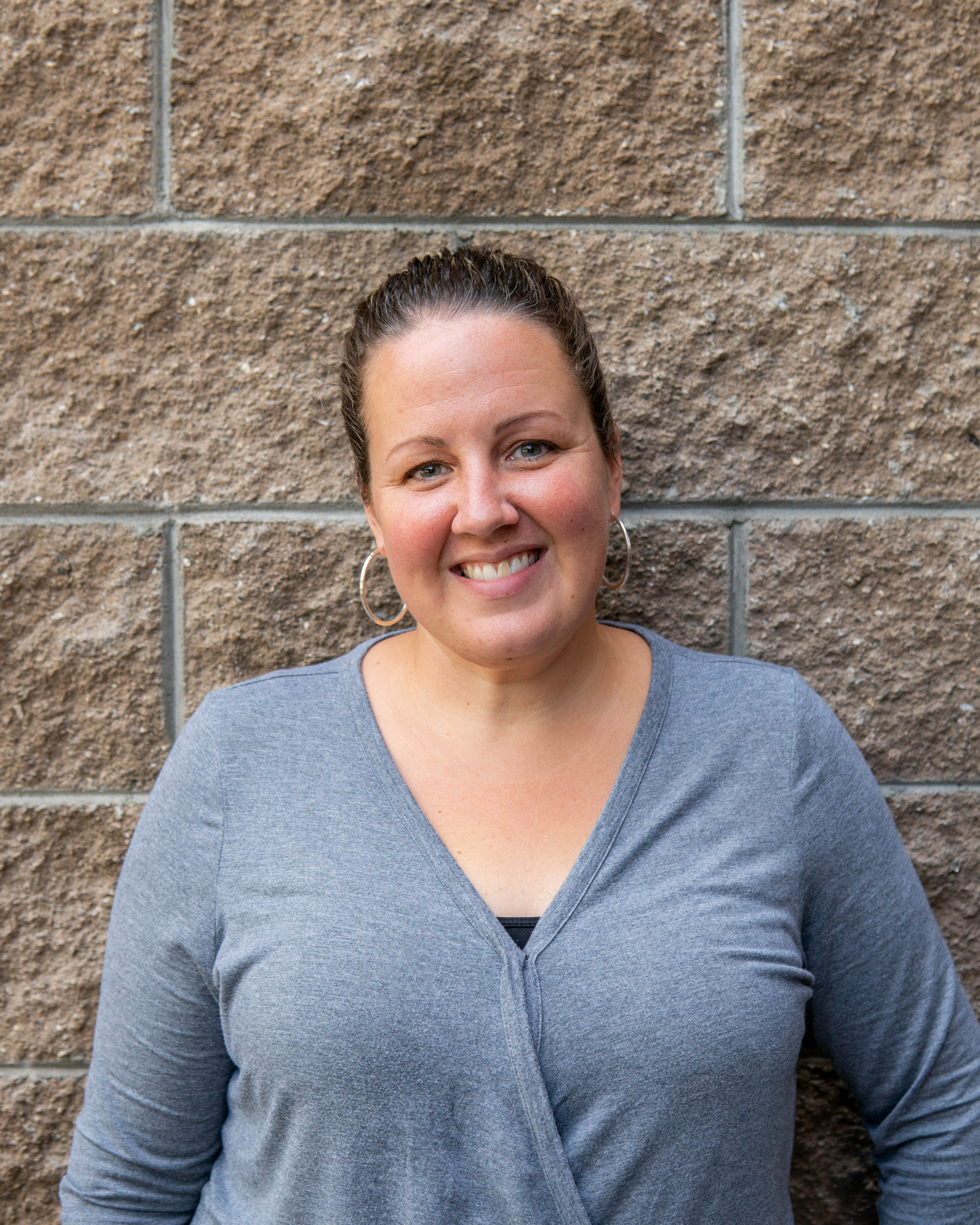 Sarah is the Restaurant and Events Manager for Waterfront Restaurant and the Jill-of-all-trades behind the scenes. After completing her Hospitality Management Diploma at Okanagan College, Sarah gained invaluable hospitality experience during a tenure at the Epcot Theme Park in Disney World. Upon returning to BC, she spent six years as sales/event coordinator at award-winning Predator Ridge Golf Course, as well as six years at the Delta Grand Okanagan in food & beverage and conference services. Sarah has been at Waterfront since early 2012 and absolutely loves her job. She truly enjoys working with people and her goal is to ensure that every event goes off without a hitch!

On a day off, you’ll find me: Hanging out with my son or thinking about how lucky I am to have a day off –  that doesn’t always happen during the summer months.